Last summer, a friend and I rode around the Brecon Beacons in Wales. I rarely seem to visit Wales even though a whole half of my families heritage is Welsh. Previously I had been to Snowdonia hiking but I’d never cycled around Wales and so wasn’t familiar with it at all.

It turns out Wales is a beautiful place that is incredibly mountainous filled with some of the friendliest people you could hope to meet.

After using my converted cyclocross bike in Scotland and running into several issues I decided this time I would use my Orange P7 that I had converted for touring use.

One of the main changes I’d made was fitting a solid fork on the front (turns out this was an error) and sticking a Spa Cycles leather saddle on (not a mistake). I also changed my chainset to a double previously and for the first time in my life felt like a triple would have been a nicer choice.

The bags I used were the Topeak bikepacking bags and they have been great quality. I’ve used these on several smaller trips too and never have any major issues – although the rear bag can sometimes have a habit of sagging. This is most often due to my poor packing towards the end of a trip and softer items ending up in the middle where the pressure of the main clips pushes. I’m going to try and resolve this by sticking a piece of rigid plastic pipe down the length of the bag to give it more rigidity.

I will do a full run-down of the bike at some point but I think that’s a quick overview.

We headed down to near our start (Longtown) the day before we were starting our trip, mainly so we weren’t riding straight after a 3-hour drive. The pod we stayed in was really comfortable and clean; the generous owner also let me leave my car there whilst we completed our trip which saved me a headache of where to leave it for 3-days! Check them out here

We looked at the map and where our route started and saw we could either go over the Black Mountains directly in front of us and join the rout along the way or we could do the planned route and ride all the way around the mountains to continue the route as intended. With fresh legs and a bit of eagerness, we decided going over the mountains would work out much easier in the long run than riding on smooth flat tarmac around them. We came to regret this decision.

We set off with our new plan of going over the mountains, assuming this would cut off a significant chunk of time. The roads leading up to the mountains were steep and this was just a sign of things to come.

Going up was more hike-a-bike than ride-a-bike and it was hard in some surprising hot and sunny weather. What looked to be a couple of miles overall had suddenly taken a few hours – the ride around the mountains would have been just as quick and less draining overall. You live and learn!

Once we were at the top the views were amazing looking back over England and into Wales. We wrongly assumed the descent would now be the easy part – yet another miscalculation.

It was a rough descent and we suddenly found ourselves on steep banks completely covered in dense ferns. I quickly lost feeling in my left hand from the jarring ride and holding the brakes tightly. It would be 2 weeks before I got feeling back in my fingers.

Once we were down we could start following the main road we should have been on. It had set us back quite a bit of time and had meant we’d dipped into snack and water supplies more than we’d have liked to. We then also missed the location of our planned food stop for the day but assumed we’d find another pub or cafe on the ride. This is why changing your route haphazardly when you don’t know the area is a bad idea. It was a more remote location than we’d expected and there weren’t places to stop for a long time.

We had some long climbs in the baking sun and thankfully some kind people topped up our waterbottles along the way. This is when we started to find that the climbs here were long – like really long!

Going through the Mynydd Du Forest had some interesting switchbacks which felt like an Alpine climb (albeit much rockier) and then the race was on to make it to the campsite in time. Fortunately, we had a few more normal roads before we got there and could pick up some time.

The weather also decided to change as we approached the campsite so we got soaked. Thankfully, once we’d set up we could head into Brecon itself and get some warm food. After we set up and got some comments about the odd tent (Black Diamond Mega-light) on a major campsite a well-earned rest was had!

We knew our second day would have some climbing again but I won’t lie – this day was a shock to the system!

Most of the day was a nice steady ride across to Glyn-Neath and we followed the exact planned route and stopped at our known food stops. This made for a much easier start to the day although the weather wasn’t being kind with plenty of rain. It’s necessary for the beautiful green landscape but not for the second day in a row. It even required a quick stop to a bike shop to buy some waterproof gloves as I’d assumed I wouldn’t need them but it was cold.

Once we’d stopped in Glen-Neath for food, we started our final climb of the day – and what a climb it was!

This climb was a monster, especially with tired legs! It made its way up a hill to a small wind farm at the top but it seemed to go on forever. What made it worse was the surface was also really soft and wet so we seemed to be working hard against the ground. It was simply a case of keeping the pedals turning and setting little goals to get to before having short breaks. I felt like we were on the climb forever but the views at the top were pretty spectacular!

Getting to the campsite was an absolute relief although it was a fast descent down that we’d have to come back up the day after. The campsite was amazing with some of the nicest staff. We upgraded to a pod so we could try and warm up and dry out a bit before the next day and they also helped to dry some of our kit out for the next day. This was such a welcome addition as putting on wet kit never gets any better no matter how many times you do it.

We headed down to the local Sports Club to have a few beers and walked in on the local ladies dart night. It was just the evening we needed: chatting to the locals who we assumed were speaking welsh but were speaking English with a strong accent; ordering lots of pizza to a pub to eat and drinking a few well-earned beers. A night in a hut was the perfect end to the day and was a great rest before the last couple of rides we’d have to do.

This was a welcomed day after 2 days of hard climbing and pushing on. We were finally on some paved roads for extended periods and, other than the climb to start the day back up to the wind farm, the route was flat, allowing us to pick up the pace. We made up plenty of time on this day and manage to stop off at a few good cafes to stock up on food!

We had one last big climb of the day to get to our final campsite but it gave us some amazing views looking towards Abergavenny. A bonus was that the campsite was itself at a pub so we had a chance to have some food and a couple of drinks before calling it a night. Not the most eventful day riding wise but a good one to get us closer to the finish.

The final day – but a day that starts with a long descent to Abergavenny. It’s not very often you get a long flowing descent that makes life easy but this was one such occasion. Stopping there was great as we found a nice cafe to relax in and I managed to get some free bike lube for my very brown and dry chain. Once we’d navigated out of Abergavenny it was the long last straight back to Longtown.

Once we started flying down this straight road it dawned on me this would have been part of the route we should have come down on the first day. Fortunately, not being as tired at this point I saw the funny side but really did wish we’d taken this route instead. You live and learn!

I always try and plan it so the last day is a little shorter as I will normally be driving straight after and don’t want to be too exhausted. This worked well and made the last day a lot more fun. 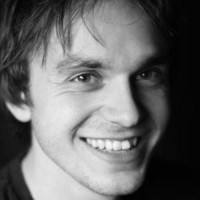